Hi there! We are Team Resurge, four 8th graders from Dublin, California participating in this year’s FLL (First Lego League) Robotics competition. A major part of the competition is finding a solution to a problem based on this year’s theme, “Trash Trek.” Teams were asked to find ways we can make less trash, or handle trash better.

We researched and saw just how big a problem food waste is, and decided to do our project in this area. One-third
of the food produced for humans gets wasted every year! A big part of this waste is food that is not even sold to stores. We chose to focus on this problem. We were surprised to find that stores refuse to buy fruits and vegetables that are not pleasing to the eye. The purpose of food is not to be admired for perfect shape or color, but to be eaten.

We envisioned a mock company called, “Froogly” that would purchase and distribute ugly produce to smoothie chains for a lower cost. People won’t be able to see any visual differences when these ugly fruits and vegetables are in puree form.  We conducted a blind taste test at our school and found that 40% of kids did not taste any difference or actually liked the ugly fruit smoothies better. We also talked to a smoothie store owner who said she liked our idea, and would be interested in buying her smoothie mixes from us. Not only will smoothie chain owners like her benefit from Froogly, but so will farmers and consumers.

After a successful first place finish in the first round, our team is moving on to the Northern California FLL Capital Championship in Sacramento. There, we will be sure to spread our knowledge about ugly produce, and about how companies like Imperfect Produce and “Froogly” can help. Thank you to Ben, Ben and Evan of Imperfect Produce who were kind, and gave us a tour of their warehouse while answering all the questions we had.

Looks can be deceiving, but taste never lies. 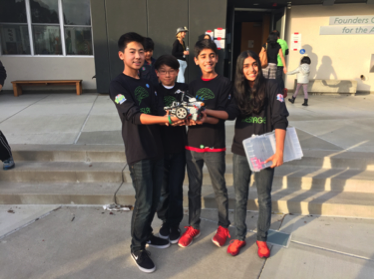 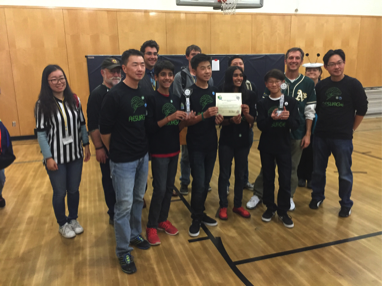 Food for all
Imperfect Donations: Saving Fo...
This September, for Hunger Action Month, we’re working to raise awareness of hun...
Read more
Back to blog home