Eat Your Beer, Too: A Q&A With ReGrained Co-founder Dan Kurzrock

Beer is awesome. But making it is inefficient.

And guess what?! You can now add their products to your box of Imperfect Foods when you customize your box each week! Try their Honey Almond IPA Bars and Chocolate Coffee Stout Bars for a tasty snack.

I recently had the opportunity to chat with Dan, Executive Grain Officer and co-founder, to learn more about ReGrained. Read on below!

Q: What inspired you to launch ReGrained?

A: It all started with the hobby of home brewing at UCLA. We loved being the underage home brewers. It was fun figuring out a solid process.

We were making about 5 gallons of beer every time we’d brew. Even at such a small scale, we saw this process was producing cafeteria-sized batches of grains we were dumping out. There was so much waste, we thought, “We should do something with this.”

At UCLA, we didn’t have a compost service in off-campus housing. We didn’t have a garden. I grew up in Northern California where composting was the norm, but it just wasn’t an option down there. So we decided to make products from the waste.

Q: How did you go from having this realization to starting ReGrained?

A: Phase 1: We originally used the grains to bake bread, and called our idea “Brewin’ Bread.” We quickly realized this was too niche. The idea was way bigger than bread. Also, making bread takes a long time and it doesn’t stay fresh very long. So we took an entrepreneurship class the last quarter of college and landed on ReGrained.

Phase 2: ReGrained started out as recreational entrepreneurship. We’d work on it during nights and weekends, growing it to something we could focus on full-time. The project timed really well with the Cottage Foods Bill of 2011. Early in 2012, we got home-kitchen certified and could start generating legitimate revenue. Before that bill, we couldn’t get certified. Eventually, we moved into a commercial kitchen and scaled up production.

Phase 3: We’re now at the stage where we’re looking very actively for a co-packer. We are about to enter the growth-mode of our business.

Q: What led you to food waste?

A: Jordan and I both studied economics in college, and I just finished my Masters in Sustainable Business a couple months ago! We are passionate about businesses that are financially sustainable and solve real, impactful problems. We are both rooted in the outdoors, we’re active, and we care about the environment.

We kind of fell deep into waste through our brewing hobby. Growing up, I was familiar with the issue of waste. But we didn’t identify food waste first as a macro-issue and then zero in on beer grain; we were brewing and, through that, found the issue of waste. And then realized it was the perfect business opportunity: we could do well by doing good.

Q: What do the phrases “Brew Good, Bake Good, Do Good” and “Eat Beer” mean to you?

A: The first is our mantra. It’s the value we want to uphold.

The second is our tagline. “Eat Beer” is so provocative!

Q: How did you come up with the recipes? How do you reduce “crumbliness”?

A: At first, it was really a matter of trial and error. At scale, a lot of bars are produced as a formula. We’re hand-making ours, so we wanted to do it in a simple, wholesome way.

Honey is a great natural ingredient used for its stickiness and sweetness. It was perfect for our IPA bar and was our only sweetener originally.

After some crowd funding, we changed the recipe a bit, and added a stout bar, a natural choice. Our IPA bar was named after the most popular light-colored beer style, so we wanted to come out with something bold and dark. Chocolate and coffee are such a powerful flavor combination.

Solving crumbliness was a challenge. In our first products, we wanted to present the grain in its whole form. That was tough because it’s super fibrous. We were using egg, flower, and honey to emulsify and hold the product together. That was more like a cookie recipe, and it worked for a while.

But we soon figured out how to take out egg and use additional syrups — organic brown rice syrup and organic tapioca syrup. And we now have puffed brown rice and puffed quinoa. Those are game changers. It’s really been a lot of iteration.

Q: What is ReGrained’s long-term vision?

A: We’d like to make other products using edible byproducts. Beer waste is still food, it’s just not often thought of in the food waste equation. There are other sources of waste like that out there. 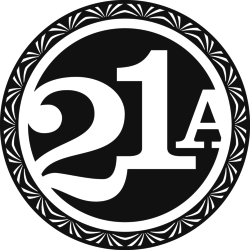 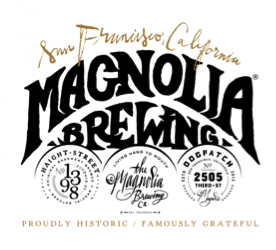 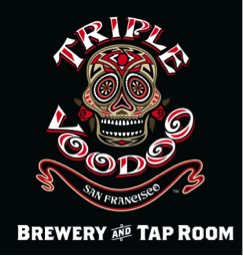 Q: Who are your brewery partners?

A: We’re currently working with Magnolia Brewing, 21st Amendment Brewery, and Triple Voodoo Brewing. You can learn more about them on the website. They’re all based out of San Francisco.

You can also find our other ingredient partners on our website.

Q: What is the environmental impact of beer grain waste?

A: A lot of these are back of the napkin calculations, but beer grain waste is on the order of billions of pounds per year, most likely in the range of 6 to 12 billion. That’s roughly equivalent to 35 loaves of bread or 1300 cookies per person per year in the U.S.

As a home-brewer, making just 5 gallons of beer, which is a third of a keg, we would use 20 to 25 pounds of grain on average. That’s equivalent to the size of a water cooler on the sidelines of a sports game full of grain. Per six-pack of beer, that’s 1 pound of grain.

Q: What other food waste initiatives should we be aware of?

A: Juicing is a huge trend, which leaves a lot of pulp. There are a few companies turning that pulp, which is essentially fiber, into other products like chips, crackers, and granola. Check out Pulp Pantry. Forager is a juice and smoothie company making their own line of chips.

Chickpeas, used to make hummus, have a ton of byproduct. The liquid they are soaked in gets dumped, but apparently serves as a good substitute for egg whites, which have tons of applications. Sir Kensington came out with a vegan mayonnaise using that liquid (which is called “aquafaba”).

The fruit surrounding coffee beans is usually dumped or left to rot when the bean is harvested. Coffee Flour is making flour from the fruit.

Learn more about ReGrained on their website, and add their bars to your box of Imperfect Foods each week! Product spotlight
Our Summer Produce Guide
If you ask the team at Imperfect, now is the time to really get excited about su...
Read more Ingredient guides
Cooking With Beets: Everything...
Learn how to make this misunderstood root vegetable delicious with a few tips an...
Read more Holidays
Great gifts under $10
Not all the best presents arrive via the chimney. This holiday, you can get swee...
Read more Imperfect’s Zero-Waste G...
The pursuit of perfection can make the holidays stressful, so we’re here to help...
Read more

Holiday
Lunar New Year Eats, Sweets, a...
The Lunar New Year is one of the most vibrant holidays celebrated around the wor...
Read more
Back to Featured Food